“Three weeks ago, on a family vacation in Berlin. I stood in the middle of Alexanderplatz, next to Primark and panicked. My phone wasn’t in my bag, and I couldn’t remember where was the last place I left my phone. As i searched the aisle of Primark for my phone, several thoughts clouded my ability to think rationally. I started to tear as I realise that losing my phone meant that I would lose all the photos and videos I have of my sister. After walking through every single aisle of Primark, Thankfully I found my phone at the payment counter. Phew”

As little children growing up in modern Singapore during the 1990s, we were rather lucky as our parents brought us for several holidays out of Singapore to other countries in Asia. During those holidays, I remembered that our parents would secretly packed matching clothes in their luggage for my sister and I. Our parents would tell us that we would be going on a holiday, few days before the departure. In order to keep us entertained during the flight, my sister and I were allowed to bring along one stuffed toy with us for the trip.

Throughout such trips, my parents would constantly ask my sister and I to pose in front of several monuments, or with our stuffed toy. At that time, due to the absence of smartphones, it was rather costly to purchased several rolls of films for a short 3D2N holiday.  As I grew up and look back at the pictures that were taken when I was a child, I would ask my parents “ Why did you take such picture?” 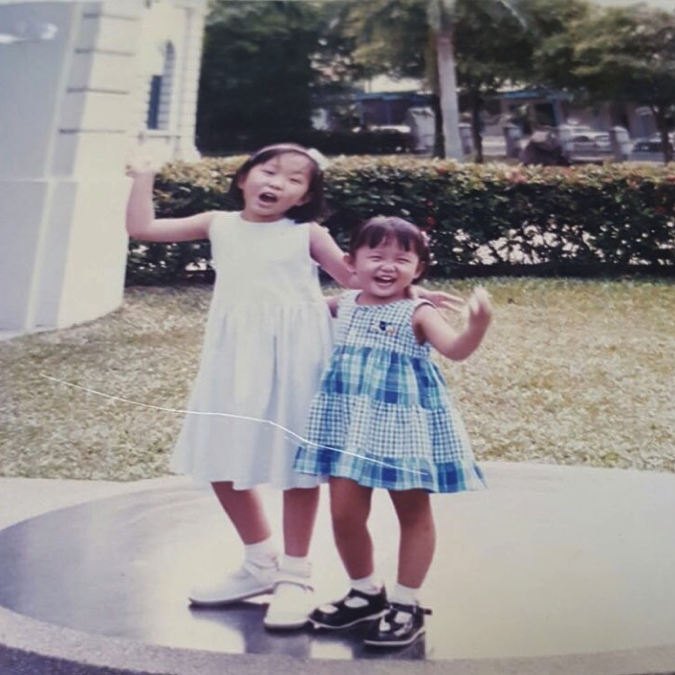 Even though my sister and I were two years apart, my sister never once considered herself as a millennial. To her, she wasn’t a millennial as she would not be seen snapping selfies/ wefies or posing for pictures just for the gram. She was constantly behind the camera, taking pictures of sceneries and occasionally helping to take pictures of my OOTD.

Despite always grumbling that I’m the millennial that is forever taking pictures for the gram, she will tend to give in and allow me to include her in those pictures. (Sometimes of course, she would be rolling her eyes in those pictures).

I used to have the tendency to upload onto social media (Facebook/ Instagram) rather frequently.  Whenever, I uploaded those pictures, my sister would commend that any kidnappers will be able to find my whereabouts without any hassle.

We had several quarrels ; as she didn’t understand why did I had to be a millennial and set up a tripod in order to take this photo 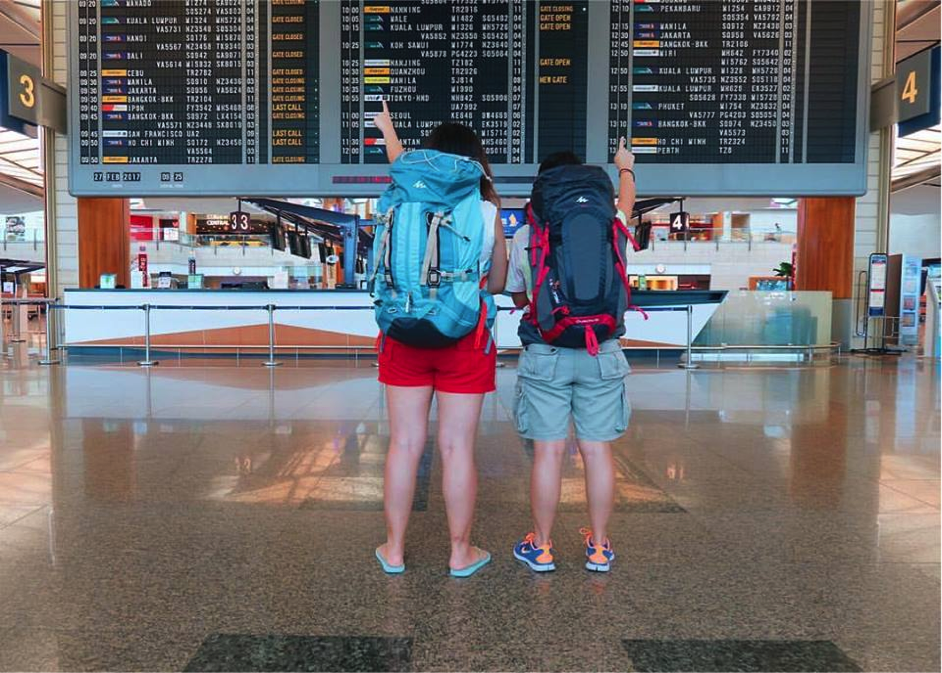 During our last holiday as a family of four, while on the boat ride along Halong Bay. My sister told me that she wanted an individual picture with the skies and sails as the background. While I was taking the picture, she joked that I’m the millennial, and that I should ensure that the picture was insta-worthy. Before I press the shutter, I thought to myself “ I guess I’m an influencer, as I have influenced my sister to take and post insta worthy pictures”.

Little did I know that my sister had a greater plan in mind. A week before she passed away, she shared with the family that in the event that she passed away, she would like us to use the picture that she took at Halong Bay for her coffin. I responded saying “ But there are the boat sails behind, how can you used it as a picture for obituary”. She said: (in her typical tone) “Trust me! I work in this industry; the picture will be suitable. Once you cropped it, it will be just me and the skies”.

While I was doing night duties throughout the wake, I kept looking at her picture. As I looked at her picture, I realise that there was the last time I was able to take an insta-worthy picture for her.

The weeks following her death, I kept browsing through the photos in my phone’s album. As I browsed through those pictures, there were times when I cried and wish we took more photos together.

Sometimes I wish that Facebook memories never existed.  In 2015, Facebook launched a new feature on it’s website “ memories”. It was launched as a dedicated page for users to reminisce what happened on that day and the friendships that were made.

Facebook memories can be a pain in the a**, especially during birthdays, special occasions such as Mothers’ Day, Fathers Day, Chinese New Year, Christmas, National sibling days. During those days, I would avoid accessing Facebook all day, as a way to avoid being reminded all those times that I “forced” my sister to be a millennial and take wefies together.

Mothers’ Day, Fathers’ Day, Chinese New Year tend to fall on different days each year. As such sometimes, for as long as a week or two, pictures taken, as a family of four will constantly appear on my Facebook memories. Looking at those memories can be emotionally draining, and tiring. Grieving for a loved one never ends. Instead it comes in waves of flashbacks.

Even though Facebook memories may be a pain in the a**, sometimes I wondered if it weren’t for all these memories, will I forget how my sister look like, as I grow older? Will I forget all those silly moments we had together? In the past without these memories, how did our grandparents remember their late loved ones?

Those memories are very precious, because it can never be recreated. Flashbacks/ memories of our loved ones come in waves. Sometimes these emotions are being triggered by Facebook memories, while other times it might have been triggered by physical locations. For example, it can be a random Starbucks outlet that brings back memories of days when we would have queued for 1 for 1 Starbucks.

And to the friends, strangers that happened to chance upon this post while grieving just know that it is okay to cry whenever we view our Facebook memories.